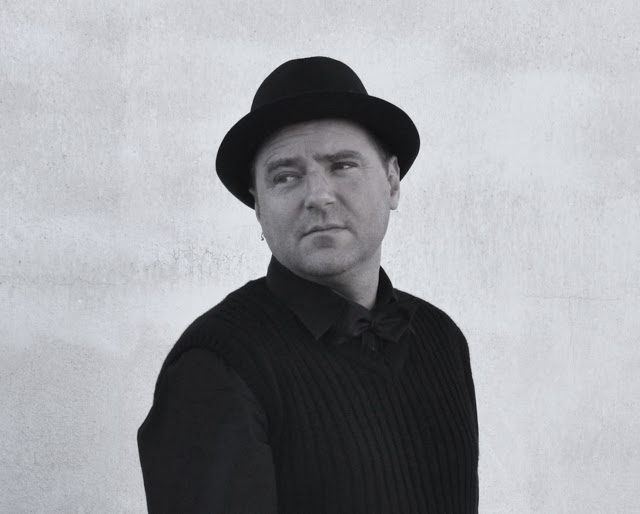 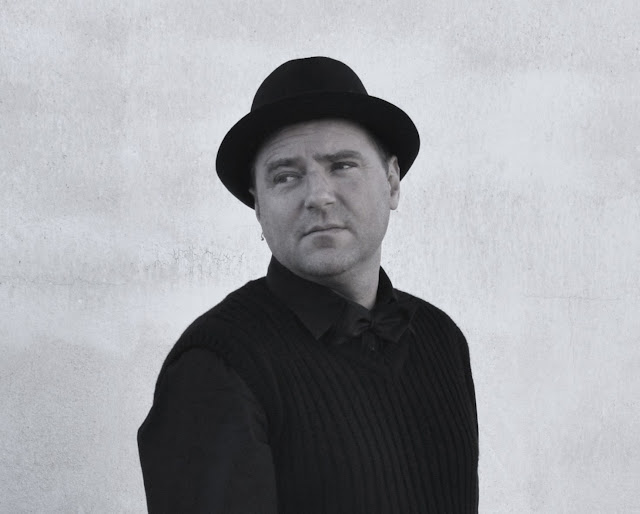 Robert Solheim, co-founder of Aquavit BEAT will be releasing the first of a two-part album, Vest EP, on March 15th as reported earlier this month.

Born  on the small Norwegian island of Averøy,  Solheim’s early influences were the likes of David Bowie, Lou Reed, The Doors, and Led Zeppelin. Pink Floyd’s synth solo on ‘Shine On You Crazy Diamond’ was the gateway leading to Kraftwerk and Vangelis, and he began Djing at a local club in the early 80’s. He has since traversed the musical landscape under an array of monikers, and on various imprints including famous Norwegian label Origo Sound.

He formed Aquavit alongside American composer Michael Snyder (Eidetaker) and in 2008 released their first and much anticipated work together, Telapatia. Aquavit later served as a foundation for the Norwegian label Aquavit Records/Aquavit BEAT, and aimed to release quality electronic music without restrictions – finding the harmonies between electronic and acoustic sounds.

His releases have been hailed as extraordinary creative works, and Solheim continues to wow critics and fans alike. He refuses to take a linear approach to music, mixing house, techno and other kinds of electronic beats – constantly searching the underground for what he calls “honest music.”

Vest EP is inspired by the ever changing natural landscapes on Averøy, where Solheim grew up. Storms, rain,  sunshine, thundering waves breaking in from the sea, the silence in the woods,  rural roads and beaches – the EP reflects the feeling of Solheim’s home.

We caught up with him ahead of the release and chatted influences, equipment, and the dangers of the Margarita…

To those not familiar with you, how would you describe your sound?
I work with all kinds of electronic music, from ambient to techno, this release has a bit of progressive-house, down-tempo or chill-out and deep house.

How did it all start for you?
I’ve been doing music all my life, played drums in bands, singing, DJ and I started to compose my own music in the late 80’s, mainly new-wave, which later turned into melodic-techno and ambient with my project Current. First release on Origo Sound in 1997.

What three albums would you say influenced your sound the most?
Kraftwerk ‘Man Machine‘,
Yazoo ‘Upstair At Eric’s’
The ORB ‘Adventures Beyond The Ultraworld’.

Are there any key pieces of equipment that you can’t live without?
Natives Absynth, Since I sold all my analogue equipment, it’s been all digital, but starting to getting back into that again. And all the Arturia stuff, just amazing.

What are some of your key influences in your music? Whether it be the sound created by others, imagery, films or any kind of art form.
I collect vinyl, all kinds of stuff from the 50’s till now, crate-digging, deep clubby stuff that usually ends up in the overstock shelves because people tend to want the hip stuff. Nature and weather is my favourite painter, I can spend hours just watching the clouds.

What is one sub-genre you think doesn’t get the attention it deserves?
Dub-techno, dub stuff in general.

Any new or upcoming artists on your radar?
Oyhopper, hard-techno from Norway, far out there and atmospheric. He’s doing a remix for me from my new album.

What makes your live performances different from the rest?
Lately I just DJ when I play out, but I love to mix progressive and dubby stuff with new-wave, cold-wave as I also work in that genre. People I play for love it.

What single night out has been the most memorable for you? As a performer? As an attendee?
As a performer was at a festival in Spain with about 15000 people floating away to my music. As an attendee, last ADE with Hernan Cattaneo and Nick Warren was just wonderful and later the same night, Orbital, that was quite the trip.

What is your favourite venue of all times?
Tresor in Berlin, just love it. I’m much more into smaller venues, Festivals don’t do it very much for me. Also The Villa in Oslo.

What can we expect from you in the near future? Any upcoming projects or gigs in the pipeline that you would like to tell us about?
Right this moment I am in my studio in Spain with singer Lill-Ann Blauenfeldt. We have a project together called Popkissed and we are working on finishing the next album, which will be out before summer. Remixes from Vest and of course Land when they are out. I’m also working on a solo vocal project which is part deep-house and part new-wave.

Famous last words?
Never ever will I have another Margarita….

Berlin-based Electronic music producer and DJ FreeedomB influences directly from the sound of jazz, funk or soul, from house music ...

Over the course of 4 years, Jonahlo has been exploring the world of electronic dance music showing the scene his ...

Artists across the creative realm frequently underline the difficulty of putting thoughts onto paper. In electronic dance music, it’s the ...