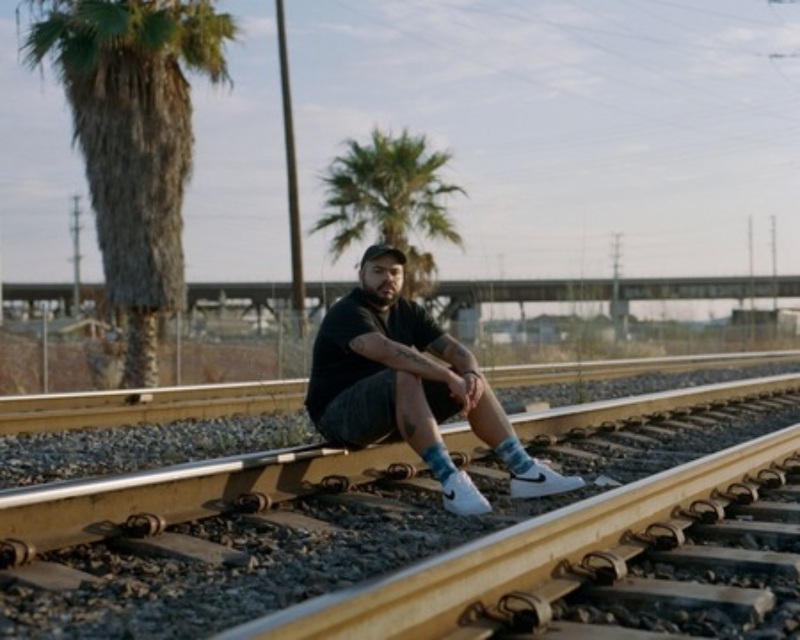 A longtime friend of the EVAR crew from renegade breakcore parties in Santa Barbara to underground experimental electronics happenings in Los Angeles, Into the Woods and The Black Lodge resident Jason “Force Placement” James taps into his love of weird trippy atmospherics, rhythmic complexity and DIY punk/noise aesthetics to create this quartet of mystic, mysterious bangers, crafted with the MPC1000, Elektron’s Octatrack sampler, the Korg minilogue, and Ableton.

The AEROBICIDE EP begins its killer workout with “Yeeks,” a cabalistic ass-mover driven by a haunting female vocal sample floating atop locomotive bass and shakers – a factory’s worth of industrial sounds and eerie accents move in and out of the mix, adding intrigue and interest.

Moving to the main room of the rave, “Balloon Animal” shoots you through an inflatable tube of squelchy acid techno as knives cut the air around you, while “Upsetter” adds a shuffling breakbeat rave bounce into the acid mix. “Quartered” chops it up with Clone-style dark analog electro that gets increasingly deconstructed by dirty, stretched percussion and rivulets of synth reverb raining down the walls.

Rounding out this occult aerobics class, some of North America’s most compelling forces in dance music are called in for remix duty. Unsung electro hero Detroit In Effect aka D.I.E. – the man behind such classics as “RU Married” and “Get Up” – leans deep into the classic Motor City palette, pairing lush, spacey pads with that hard-swung Detroit bounce to create a mellow groover that will keep you going all night. Montreal’s world-class party starter M. Bootyspoon recalls Substance Abuse-era Hawtin and mid-’90s Midwest techno on his “Balloon Animals” remix, with nasty claps and concentric loops of hard acid bleeps and squelches. And who better to tackle “Upsetter” than Southside Chicago’s footwork futurist DJ Manny? The Teklife king eschews the romantic R&B tones of his recent Planet Mu album for a tough-as-nails rework that ups the tension and the tempo to create an otherworldly saga for the dance circle.

Musician munro released his brand new single ‘About You’ via Quality Goods Records on the 28th of October. The euphoric ...

Image via publicist Ross Harper presents a two track teaser EP from his forthcoming ‘The Dark Album’ set to be ...