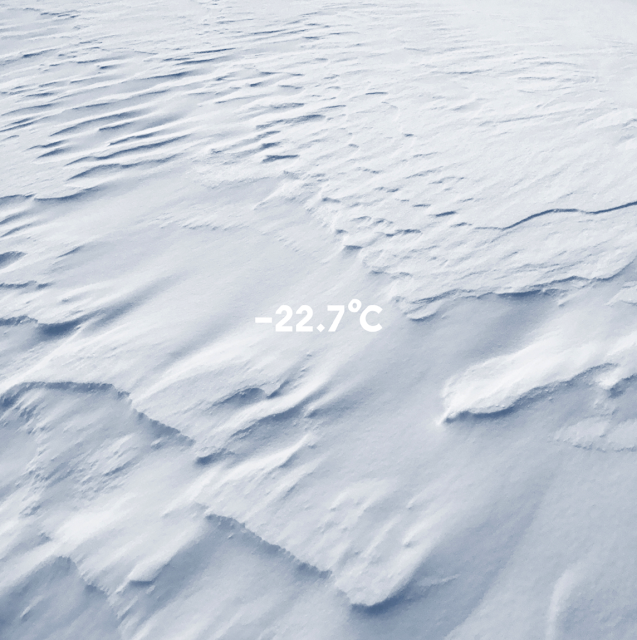 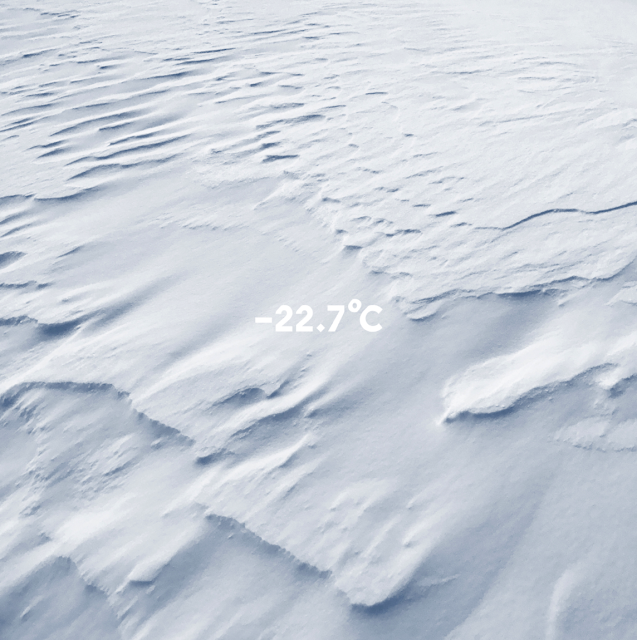 The theme of the new album is centred around the abandonment of one’s comfort zones and came into fruition through a 36-day journey which the producer embarked on to Greenland, naming the album after the lowest temperature recorded during his trip to the confines of the Arctic Circle.

Roman Delahaye, better known as Molécule is head of independent Parisian label Mille Feuilles, and has worked with prominent labels in the past such as Sounds Around, Aktarus, Underdog Records and Play It Again Sam. He has released numerous remixes, singles, EPs and seven full-length LPs. Influenced by nature, isolation and human existence, Molécule’s music could be best comparable to electronic and experimental techno artists such as the swelling atmospheres of Kevin Gorman, the sawtooth pulsing of German producer Helena Hauff and the investigative experiments conducted by Silent Harbour, thrown into a cohesive blender to form Delahaye’s deeply constructed signature tone.

‘-22.7°C’ is an audio sound album and transmedia project with an accompanying book of photographs and letters, a documentary film, and a virtual reality experience, documenting Molécule’s intrepid journey to Greenland, taking with him a home studio featuring keyboards, synthesizers, drum machines, and highly sophisticated microphones with which to capture the sonic atmosphere of his new ecosystem. For thirty-six days he roamed the ice and fjords of an isolated Inuit settlement, searching for sounds and impressions from a radically personal, human adventure. Upon his return, he produced this concept album, ‘-22.7°C’ without a single note being altered once the expedition was over. With ‘-22.7°C’ Molécule delivers the adventurous and immersive soundtrack to a reconnection with nature.

‘-22.7°C’ opens with ‘ARIA’s pulsating thump set amidst deep bass tones. Arpeggio synthesizers and basslines lead the way towards a darkened aura, bleeding through steadily percussive beats and distanced ethereal pad atmospheres. ‘Violence’ is a dizzying voyage through the frosted tundra; deep, acidic synthesizers bleep and blink atop complex percussive patterns. ‘Artefacts’ is a synthesis of electronic sounds expertly woven together in an intricate pattern, and set against a backdrop of rhythmic pulse. Interesting vocal snippets see the LP out, creating a truly authentic auditory experience. Out of Molécule’s voluntary exile emerged a taut and contemplative album. At once concrete and cosmic, Molécule’s techno was transcended by this voyage to the end of the earth, in a quest for self-knowledge.

Molécule explains the inspiration behind the album: “I did not return completely unscathed from my intense trip to Greenland. While in our modern society of mass consumption slaughterhouses are almost hidden, the Inuit culture allows these visions, these images can be shocking but testify of a consumption culture under control with almost no waste.”