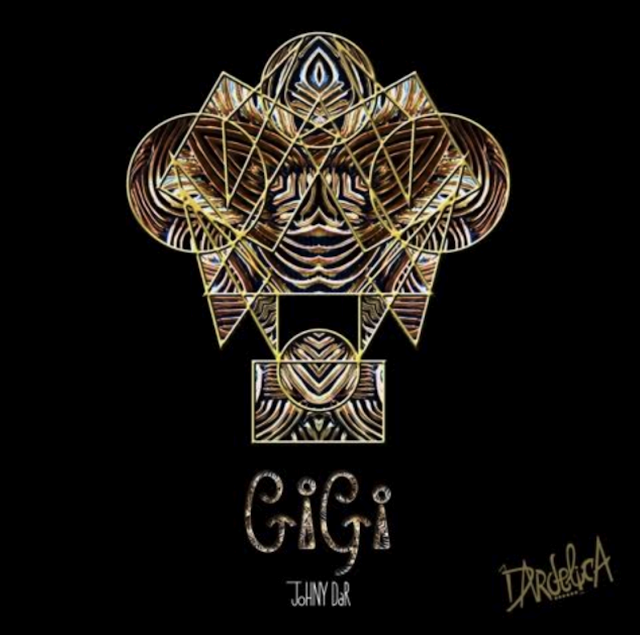 Artist, designer and musician Johny Dar has announced the release of his new single ‘Gigi’, as a precursor to his upcoming album and live show Dardelica, co-produced by Dan Vinci (Faithless, Basement Jaxx, Snoop Dogg, Flo Rida Big Narstie, Example, Skream, Jessie Ware) after releasing previous singles ‘Be Free’ and ‘Scars’ in 2017. Already well-known in fashion and design circles, Dar has collaborated with a slew of artists including Jessie J, Florence Welch, Harry Styles, Sir Elton John, Carla Bruni, Bryan Adams, Julio Iglesias, Tom Waits, Dannii Minogue, Marianne Faithfull, Victoria Beckham, Melanie C and Sam Smith, on a host of creative projects. He has recently turned his attention to music, and delivering a new sonic language that has been dubbed ‘alien-rap’ – an original, organic vocal expression merged with modern electronic production that delivers an audio experience like no other.

Born in Cincinnati, Ohio, Johny Dar moved to Los Angeles in 1997 to study fashion, launching his first fashion label in 1999, and has been producing timeless collections ever since. In 2002 he took a hiatus from his thriving career to travel, study different cultures and traditions, and break away from the known. This developed his unique artistic style, which he sees as the fruit of his exploration and culmination of his experience, and which forms the heart of his work in every medium he engages. His passion for originality is evident in every aspect of his work, from paintings to light installations, prints, couture, illustration, sportswear and music. Dar has presented runway collections at Mercedes-Benz Fashion Week Berlin, and New York Fashion Week,  and 2017 saw him devote his runway shows to the Jeans For Refugees initiative, showcasing hand-painted celebrity-donated denims alongside his couture collection, to international acclaim. He has been featured in publications including Vogue, Marie Claire, Elle, Le Monde, Die Zeit, New York Times, Harpers Bazaar, Fault, Hunger, Kaltblut, Aesthetica, Tatler, and Flair among others.

Johny Dar shies away from citing influences, prefering to keep his ears and mind free in order to create entirely original artistic expressions, therefore does not generally seek inspiration from other artists. However, Dardelica has been described as having similarities to Daft Punk, Moby, Chemical Brothers, Infected Mushroom, KLM and others.

‘Gigi’, the latest single by Johny Dar, is a kaleidoscopic journey through texture and sound, which weaves  muscular percussion, boisterous beats and bold melodies with Dar’s popping, bubbling vocal instrumentation and captivating alien-rap. A welcome opportunity for movers and shakers to break beyond their four to the floor comfort zones, ‘Gigi’s’ mesmeric hooks, dirty drops and serpentine rhythms engage ears then bodies in a sonic seduction that is unexpected, undeniable and eventually euphoric.

Speaking about ‘Gigi’, Johny Dar comments: ‘I have been hearing this track in the back of my head for twenty years – it’s finally here!  This is the track to start the new generation of music…’