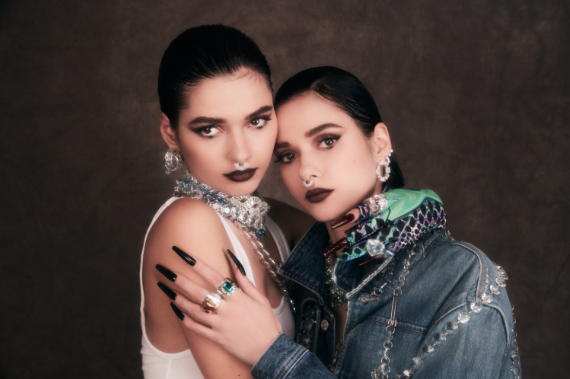 The Bloom Twins and Jan Jan Blomqvist’s sterling track ‘High On Beat’ has had a makeover in the form of Sian’s remix. The new version was released on 22nd October via Armada Music.

Sian needs no introduction – as producer and head of label Octopus Recordings he has garnered praise from a host of publications including Forbes, Billboard, EDM.com, Mixmag, Dancing Astronaut, DJ Mag and Huffington Post. He’s remixed some substantial artists including Deadmau5.

On ‘High On Beat’ (Sian Remix)’ the producer creates a moody undertone and feeling of imminent danger where  the Bloom Twins’ vocals are underpinned by dark, brooding soundscapes and a seductive rolling bassline. The track is still instantly recognisable as the original output, but Sian’s version gives the sound a new edge – a mark of individual distinction many remixers strive to attain but few reach.

Speaking of the track he says: “When I first heard the song, it lit my brain on fire. The combination of this sweet vocal and the melancholic tone was really intriguing. It seemed haunting, burning and timeless, and I instantly felt like I could take it somewhere a little darker and heavier. I wanted to create a remix that stood as a classic end of the night track. It was literally my favourite remix to work on so far, and I think huge things are to come from this super talented act.”