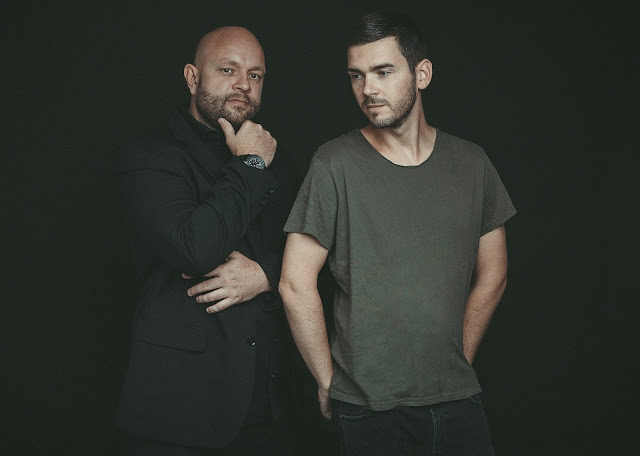 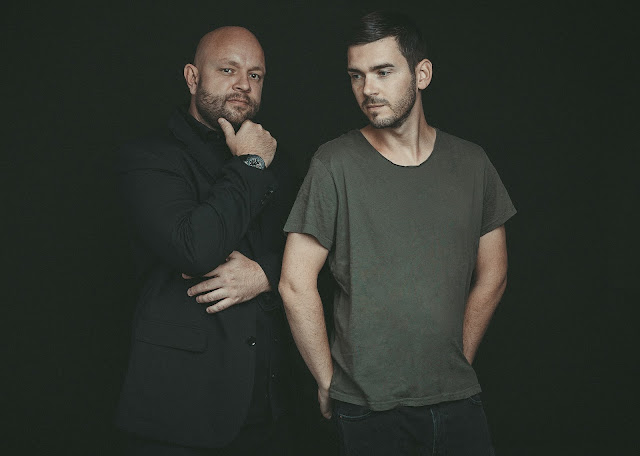 The two long time DJ’s joined forces in 2013, but from the very beginning, their collaboration has been blessed with good karma from both labels and DJ’s around the world. Within a month after the duo produced their first track; a re-edit of the disco classic “Don’t Stop The Music” their first single; “Homage” was picked up by Danish label Chuggy Traxx and released in April 2014 with remixes from UK superstar Low Steppa + local Runge & Beatchuggers, and was supported by some of the biggest names on the scene as well as Danish national radio. Ever since they have been busy producing tracks together and their sound, which is heavily influenced by their common passion for disco and old-school house, has been noticed by labels around the world. In a few years, they’ve had releases on the legendary King Street, Kenny Summit’s Good For You Records, NDYD Records, Oh Records, Prison Entertainment, and Different Attitudes – already with several of their releases in the top 100 charts.

Kornum started DJing more than 10 years ago and clubbers have been enjoying his uncompromising style with the best new stuff mixed with trips down memory lane. He approaches each DJ-set with passion, feeling, nostalgia, and never ceases to add an element of surprise. He has shared decks and stage with some of the most internationally respected DJs such as; Fritz Kalkbrenner, Felix da Housecat, Noir, Purple Disco Machine, Boris Dlugosch, Superlover, Catz N Dogz, Marc Romboy and many many more in his almost 2 decades as a DJ.

Karma who is known, and has released tracks under the moniker; Trust Karma, have been Aalborg’s disco darling for over 10 years. Whether he is behind the turntables or producing new edits of old disco classics, he has a profound ability to choose the right tracks. While staying true to the original, Trust Karma still manages to add his own flavour to them. Everywhere his re-edits are being played he conquers new fans.

With their combined abilities and over three decades of combined experience in music and DJ’ing, they possess not only passion and feel, but also intelligent understanding of the genres they draw inspiration from and most of all; true love for real house music!

We were able to exchange a few words with the two artist in an exclusive interview. Read below to discover tunes (including a special premiere ‘Candye – Loberboy edit’) as well as personal insights about the two young talents Kim and David, aka Kornum & Karma.

Hi there, how are you and what are you up to today?
Hi. We are very fine thank you. We are constantly in the studio together at the moment finishing new tracks and waiting for summer, parties and bunch of big Kornum & Karma releases!
To those not familiar with you, how would you describe your sound?
Disco house mostly. Sometimes more laid back deep house, but almost always with a signature Kornum & Karma disco touch.
What are the 5 albums and artists that have influenced you the most?

David
Masters At Work, Purple Disco Machine, Late Night Tough Guy, Angelo Ferreri and hmmm…. there are so so many good artists … hmm.. maybe… Todd Terry or Kerri Chandler… depending on the mood.
Kim
I don’t think I can mention many albums which has directly influenced our sound as it is completely different from the music I grew up with, but of course David’s names are some of our clear influencers.
What other artists do you really like at the moment and why?
David
Honey Dijon, Angelo Ferreri, Purple Disco Machine
Kim
Honey Dijon, Mella Dee, Mall Grab, Superlover, Jayda G, Crakcazat, Coeo, Detroit Swindle and many more. All these talented people bring a unique touch to the disco infused house genre
What are some of the key pieces of gear you use to write your tracks in the studio? Or do you prefer to use software and plug ins?
We use Ableton and we prefer software. But we have a Roland TR8 for drums and also a Arturia Microbrute for basslines and sometimes we use a Novations MoroderNova for strings and leads. But we mostly use software and Korg is a winner with their Gadget. For mixing we have a Softube Console1 which David swears to… and we have to mention the Technics 1200 for sampling. That is maybe the most important piece of equipment.
Has your arsenal of equipment changed much since you first started?
Indeed! We started in Logic pro 9 and moved to Ableton. David has Push1, Push2, Maschine and Komplete Kontrol. But to be honest we mostly use the Korg Nanokey Studio for everything now. It’s simply amazing. We also use the TR8 a lot.
We have use all kinds of plugins, but to mention a few we love: Korg Gadget, everything by TAL and of cause the Softube stuff is amazing.
Do you enjoy playing to an audience or working in the studio?
Both. But playing to an audience is key when making club and house music, so hopefully we get a chance to do that a bit more in 2018.
If we gave you the budget to put a line-up together for a mini fest, who would you book and where would you play?
Probably a houseparty for maybe 200 close friends and the classic and famous Pikes Hotel in Ibiza. Jose Padilla should warm up while playing the sun down and then we would play and Honey Dijon would make everyone lose their mind before Masters at Work would close the party.
If you weren’t a musician what would you be?
David
I would work within social education as i do now. Love working with kids with autism. They see the world in a amazing way.
Kim
I teach and would continues to do so. No days are boring and no days are the same.
Do you have any information regarding upcoming releases, projects, DJ mixes or collaborations in the pipeline that you would like to tell us about?
We just had a remix for the Berlin based producer Phonique released and it’s doing quite well over at Traxsource, sitting at the top 100 almost 2 weeks now. That is released on Swedish label Oh! Records where our new upcoming two track EP is being released in April. Other than that we have stuff in the pipeline on labels and Good For You Records, Sleazy Deep and NDYD and much more! Stay tuned for a big 2018 for Kornum & Karma!

Thanks you two very much for taking the time to let us interview you and we very appreciate the funky disco edit you provided us with. Keep up the great work and please continue to make people dance.  Only the best for coming times.