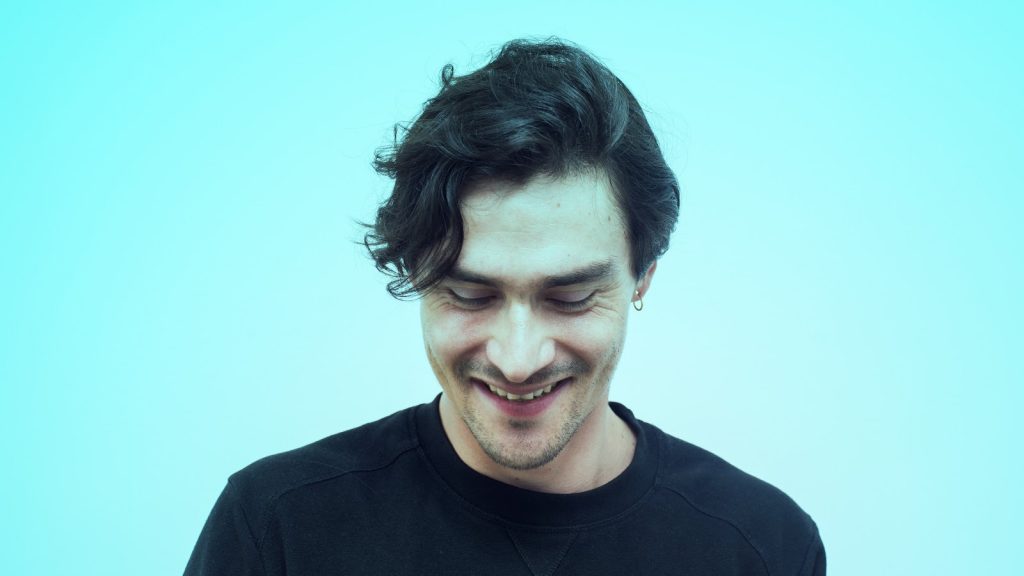 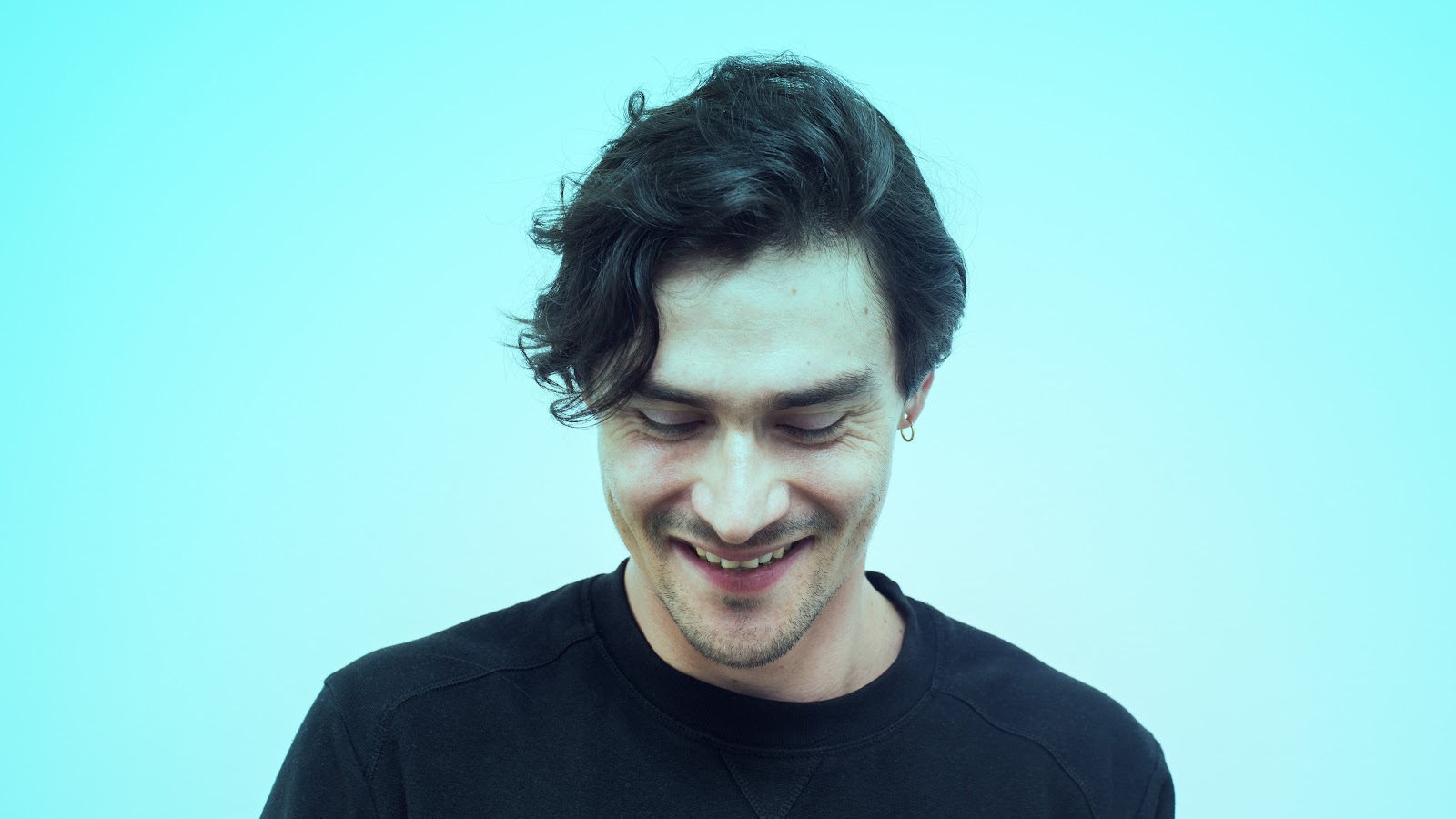 Raised between Hamburg, New York and Santiago de Chile, producer and recording artist Vincent Marlice’s background is as varied as his experience as a musician, including collaborations with Capital Cities’ Spencer Ludwig (​Soro & Oyarzun​) and live performances at Mysteryland, Primavera Fauna and Lollapalooza (​Mecanico​).

Upon moving to Berlin, he became entranced by the hypnotic rhythms of the local clubbing scene and excited by the possibilities of combining them with his wide depth of musical abilities as a singer and guitar player.

We were lucky enough to catch up with Vincent and ask him a few questions, we also got to listen to his latest track ‘Deltawelle’.

Tell us about your earliest musical memory?
I’ve never really thought about this. There was always music in my family’s house, so I can’t really think about a time where there wasn’t music around. I do remember my first piano presentation in front of a crowd though. I was so damn nervous. Since then, the stage fright has diminished, but I’m still not a big fan of attention.

At what point in your life did you have that moment where you said to yourself “This is it. This is the type of music I want to create?”
I’ve honestly never had that moment. I have played in rock bands, electro pop bands, acoustic jazz projects, you name it. It always changes and evolves… Now it’s “Vocal Melodic Techno” (or whatever people want to call it). I like to see these musical currents and technologies as tools to express whatever it is I have inside and want to let out. What I can say though is that electronic music gives me many more options than other music styles I have worked with. It’s practically an infinite world of possibilities, so these tools (rather than a music style) will probably join me for many more years, we’ll see… or maybe I’ll just end up living on a hill with some bongos, also not bad haha

Please list some of the most influential albums on your creative outlook and output:
Rubber Soul by the Beatles, Victor Jara by Victor Jara, Live in New York (1967), by Simon and Garfunkel, Shahen Shah by Nusrat F. Ali Khan, Grace by Jeff Buckley, etc…there are so so many. These albums have partially shaped who I am.

What has influenced my sound directly these last years is that of the clubbing scene in Berlin. I could name some albums, but it’s much more than that…see Labels below (Question 8) 😉

What key pieces of gear/software are you using to define your sound?
Basically Ableton, U-he Plugins, Omnisphere, some good samples, Fender Stratocaster and my voice. Less is more!

What inspires you outside of music? What do you turn to when the creative well runs a little low?
I have played football all my life. And here in Berlin, I play for an amateur club. We train and play matches every week. It’s my form of meditation. Shout out to FCXB!

What is your opinion on the ever-spreading sub-genre vine? Are there too many? Do you think there’ s perhaps a sub-genre that doesn’t get the attention it deserves?
I understand why this exists. But in the end, it doesn’t really matter that much in my opinion. Where I have felt it has affected me personally is when pitching an “uncategorizable” track to a label. It has happened to me that I end up producing a track that has “many genres” in one. In one case, I called the genre something like “Emo-Deep House-Techno-Pop”. The Labels really liked it but didn’t want to release it because they were fixed with the idea of wanting to represent a specific genre and therefore didn’t want to risk releasing something that they couldn’t put in a/their specific box (which is completely understandable by the way).

The thing is, in the end, one can still release the track independently, and it can still have reach, especially if you perform them live, which is what I like to do.

To answer your second question, I love a sub-genre called “Mid-Tempo”. It mixes beautifully organic sounds with Melodic Techno at around 110-120 bpm. I recommend checking out Jacob Groening’s new Label Kamai Music.

Studio work and music creation or performing and interacting with a live audience, what do you prefer?
Both, but maybe not at the “same time”. For me, it’s about phases. I was 2 years in the studio without performing. Now I’m only performing. 0 studio work. I have to find that balance. I guess it all depends on the gigs. If they come, you take them and adapt the studio time around that. Both things are important to me. How much of each is something I still have to figure out.

As a music artist, it becomes apparent that there is a huge difference between the art and the business. Is there anything about the music scene that you would personally change?
First of all, despite globalisation, I still feel it’s different in every country and city. The type of music also plays a big role. It is hard to compare the EDM scene in California with the Techno scene in Berlin or Detroit. Not that one is better than the other, they are just different. I think, if one is unhappy with the music industry, it is one’s responsibility to adapt to it and/or to work in favour of the changes you want to see happen. Here in Berlin, I am happy, I am still working on me and haven’t really felt things that bug me that much.

Oh, I remembered something… I would love for DJ’s to upload their track lists more often. It can make a very positive difference in a producer’s life, specially if the DJ is big and the producer is just starting out.

Any new or upcoming artists on your radar? Who shouldn’t the world sleep on?
Check out Labels Stil vor Talent, Kamai and Rural Records. They have some of the best upcoming artists in the Berlin Electronic Music scene.

What can we expect from you in the near future? Any upcoming projects or gigs in the pipeline that you would like to tell us about?
Projects: I’m currently working on collaborations with my friends Mono Abe and Acado.

Gigs: This 15.09 I play at the Sommerabschlussfest Open Air and the 21.09 at Birgit und Bier alongside my friends from Acado.

Marcelo Guelfenbein (aka ‘Marcelo Cura’) was born in 1983 in Australia, of a Chilean father and a German mother. He ...