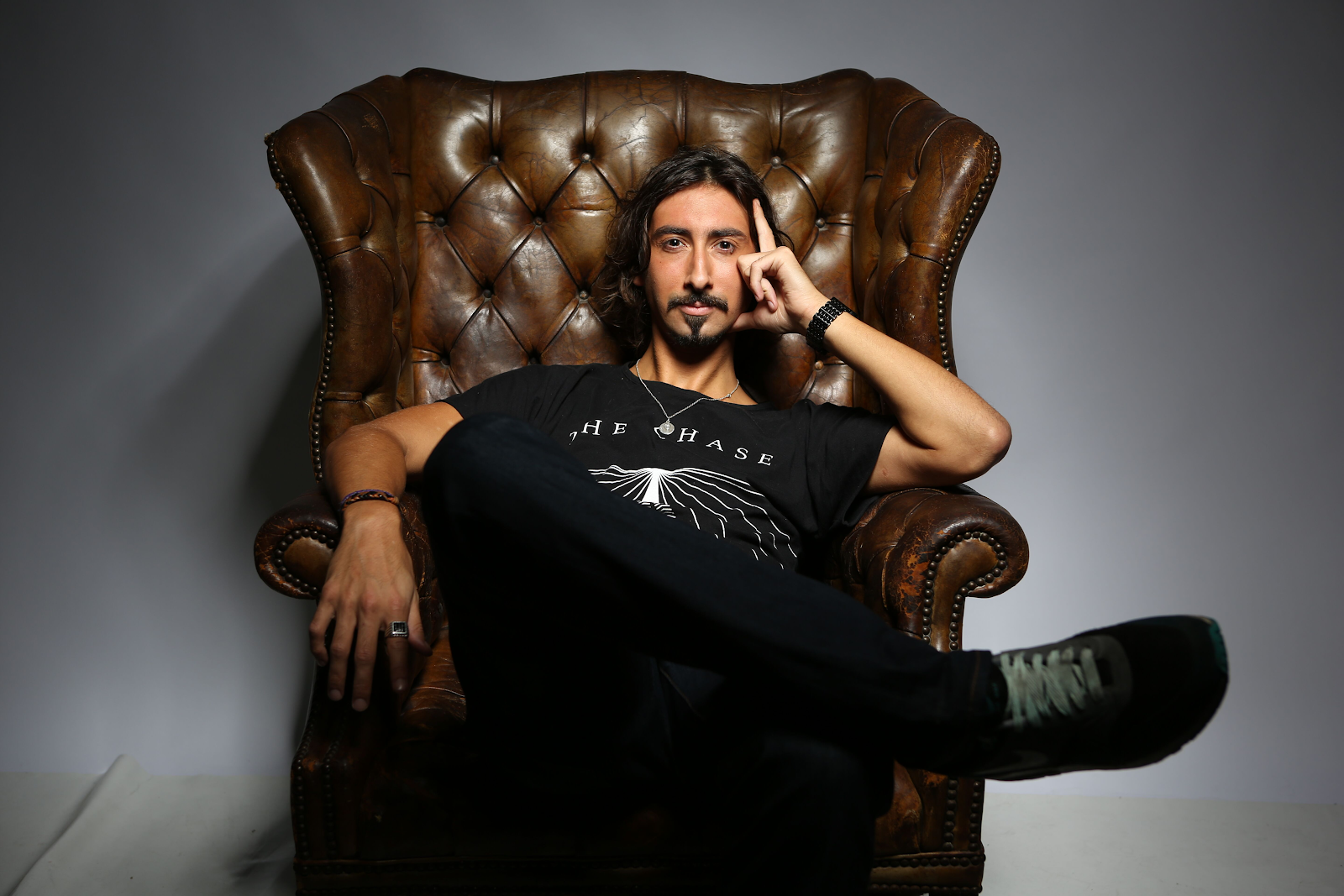 Marcelo Guelfenbein (aka ‘Marcelo Cura’) was born in 1983 in Australia, of a Chilean father and a German mother. He has been living in different cities such as Milan, Barcelona and is now based in Paris. All these changes and multicultural experiences are reflected into his music productions.

Deeply influenced by Hip Hop culture, 90’s house and percussion sessions at his young age, he started to move into a minimal aesthetic, inspired by ethnical resonances, dreamy pads and energetic beats. Strong of its sound engineering diploma at EICAR in Paris. He developed abilities such as mixing tracks for different artists and himself, it permitted him to become a true perfectionist in the architecture of sounds. Considering music as a medicine, Marcelo is a contemporary music storyteller.

We were lucky enough to get the chance to catch up with him and ask him a few questions.

Tell us about your earliest musical memory?
Michael Jackson’s Concert. No words can explain the emotions of it.

At what point in your life did you have that moment where you said to yourself “This is it. This is the type of music I want to create?”
In 2001, once i went for my first time to Ibiza. I discovered what was a real fiesta with house music, beautiful people and freedom.

Before i was into HipHop and never thought that Electronic Music could bring you such a feeling.

It was a real revelation. And even more when i went later to Timewarp in Mannheim, the soundsystems there made me understand why i wanted to do this type of music.

What key pieces of gear/software are you using to define your sound?
Ableton / Vermona MKIII / Waldorf Blofeld / Wavedrum Korg

What inspires you outside of music? What do you turn to when the creative well runs a little low?
Travelling, Reading, Movies, Sports and especially spend quality time with my Family, my friends and my dog.

What is your opinion on the ever spreading sub-genre vine? Are there too many? Do you think there’ s perhaps a sub-genre that doesn’t get the attention it deserves?
I believe that today there is so much music around that its very hard to give a proper name to some sub-genres. Personally i don’t think there’s too many, its positive to see so much creations today, the only negative side is that we have more difficulty to find really quality pieces, there is always more research to do. And if i should choose a subgenre that needs more attention is certainly Micro-House, it has already a good following but it remains still very underground, maybe its a good thing in reality.

As a music artist, it becomes apparent that there is a huge difference between the art and the business. Is there anything about the music scene that you would personally change?

We arrived in an era where artists can be completely autonomous, by selling directly on websites like Bandcamp, by producing with very small gear etc. Today music can be very accessible and its a good thing. The only thing is that to manage to live thanks to music is extremely hard nowadays, a part of talent you need lots of luck and connections, so its unavoidable for lots of people to have an other job aside.

What can we expect from you in the near future? Any upcoming projects or gigs in the pipeline that you would like to tell us about?
Releases on : CELO Rec (My Label), Buddha Bar, Kindisch, Bandet rec (Vinyl), AES (Vinyl), Groundid & more . Next important gigs: 12/08 – Festival Entente Nocturne / 20/08 – Jack Club (Knostra Showcase) for ADE .

I’m working also on a new live with musicians and music for some advertisings.